The year is 2007. Kanye West and 50 Cent are going head-to-head to see who will outsell the other with their 3rd studio albums, “Curtis” and “Graduation”. Each album would release on the same day – September 11, 2007, and 50 said that he would “retire” if Kanye sold more albums than him in the first week.

50 Cent was still the biggest rapper in the universe, despite Kanye’s massive rise in popularity with his debut and sophomore albums, College Dropout and Late Registration, respectively. 50 Cent’s Get Rich or Die Tryin reached almost 900,000 in first-week sales, and 12 million records sold by the end of 2003 – making it the biggest album of that year. 50’s sophomore album, The Massacre, sold 10 million worldwide, another large turnout for the Jamaica, Queens native. Kanye was a big-time artist in his own right, but 50 Cent was on an astronomical level, causing many to speculate if the battle was already over before it even started.

In the weeks leading up to their respective albums, individual singles rolled out. 50 Cent would release 4 singles in the album-rollout: “Amusement Park”, “Straight to the Bank”, “I Get Money”, “Ayo Technology”, and “I’ll Still Kill”. 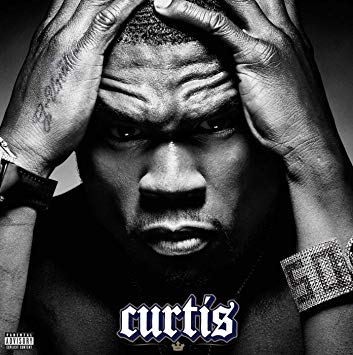 The first single for Curtis was “Amusement Park”, a single that, while serviceable, didn’t push the needle for 50 in the slightest. It was supposed to do something similar to “Candy Shop” – a massive, sexual innuendo filled song designed to appeal towards women Hip-Hop listeners, thus leading to a massive turnout. But for 50 Cent’s standards, the single was essentially a flop.

The same could be said for Curtis’ second single, “Straight to the Bank”, a flat and by-the-numbers record that sparked no real interest outside of his immediate fan base. The third single showed 50 trying to reach in his bag of tricks to escalate hype for the forthcoming album by tapping Justin Timberlake for “Ayo Technology”. Timberlake was one of music’s biggest superstars at the time, coming off of the gigantic commercial success of “SexyBack” and “My Love”.

The final single before the album, “I Get Money” was massive critically and commercially, capturing the best qualities of 50 Cent. Even with the up and down rollout, one would think at the time that 50 would come out on top over Kanye West.

.    Kanye West didn’t miss once during his rollout for Graduation. Every single was massive in some capacity, starting with “Can’t Tell Me Nothing”, a classic record that could go toe-to-toe with any of the 2000’s hardest rap bangers.

“Good Life” was another smash single, featuring T-Pain, the most coveted feature artist for rappers looking for a hit song. However, the single that stand above them all and that would propel Kanye West into superstar status was “Stronger”. Everything from the commanding beat with the addicting Daft Punk sample to the incredibly catchy hook, “Stronger” was the pop-crossover single that pushed Kanye to the next level, creating doubt in even the most diehard 50 Cent fans.

RESULTS OF THE SALES BATTLE

Graduation eventually beat out 50 Cent’s album Curtis in the sales battle, with over 957,000 albums sold its first-week and 1.8 million total copies in 2007. Graduation’s victory shook the landscape of Hip-Hop and marked the death of commercialized Gangsta rap.

Graduation was not only more commercially successful, it was altogether a significantly better album than Curtis. It solidified Kanye as one of rap’s biggest superstars, as 50 slowly faded away thereafter on the music side. The most curious thing about it all is that Curtis, while losing the sale’s battle to Kanye’s Graduation, still sold a very solid amount of albums, 1,225,000 in 2007.

Graduation’s different and more experimental approach, in comparison to Curtis’ more traditional approach, was far more effective. At the end of the day, despite 50 selling a hefty number of albums, few were talking about Curtis with the same awe and acclaim as they spoke about Ye’s Graduation.

Stay tuned for Part 2: WHAT WOULD HIP-HOP LOOK LIKE IF 50 CENT WON THE BATTLE?

Vinyl of the Week💿